Bill Viola is a unique figure in the development of contemporary art and the Redtory Museum of Contemporary Art (RMCA) is most honoured to present the first large exhibition of his work in China. Throughout his long career working with the medium of the moving image, he has bridged east and west sensibilities. Not only has he entered into dialogue with Hindu, Buddhist, Sufi and Christian beliefs, but he has also constantly been at the forefront of using new technologies for reproducing images and sound and then, stretching their capabilities to the utmost, he has confronted with them the profound realities of birth, life and death.

The exhibition is installed across four buildings of the RMCA, including a special screening room for his earlier videotapes. A large orientation space has also been built, on the model of Viola’s Long Beach studio, which will enable the public to access interviews with the artist and to discover more about his whole body of work. An extensive program of public lectures and panels will run throughout the exhibition, starting on 23 September with a discussion between Kira Perov, Viola’s long-time partner and collaborator, and David Elliott, RMCA Senior Curator.

In 40 years Viola has produced such a vast body of work that it would be impossible to show every aspect so a selection was made of 24 important works from 1977 to 2014. The climax of this exhibition, the four Martyrs (2014), derived from an installation commissioned by St Paul’s Cathedral in London, has recently been acquired for the RMCA collection.

From the 1970s to the present, Viola has created a new poetics of video and film. In the 1970s, the early years of video art, he made a series of videotape and installation works that explore the principles of human perception. Tapes shown here, such as The Reflecting Pool (1977-79) and Ancient of Days (1979–81) experimented with the new medium of video, as with using the camera, the lens, and new editing techniques, to manipulate time, space, and light, to create images and sequences that often the human eye, and mind, could never otherwise see.

During the 1980s the scope of Viola’s work expanded to include references to the writings of mystics and poets of various spiritual traditions. His videotape shown here I Do Not Know What It Is I Am Like (1986), described by John Hanhardt as “one of the most commanding artworks of the late twentieth century,” observes animal and human consciousness using the motif of an the eye as “a gateway to the soul”.

Through the 1990s, Viola continued to produce increasingly complex large-scale installations and videotapes that were exhibited internationally and gained widespread critical acclaim.

In 1991, with the death of his mother and the birth of his second son nine months later, experiencing death and life in such close proximity, Viola realized that his life and his work were one, and began to include in his videos footage of his family and personal life. The Passing (1991), a one-hour videotape, is in memory of his mother and his emotional response to her death.

In the mid 1990s, the look and pace of his work changed again as he began to work with actors and to use a high-speed 35 mm camera that could achieve very smooth slow motion; in 2000 he began to show such images on flat panel screens that would reveal, in perfect detail, silent, slowly moving images in which the poses, expressions and movement of the figures could convey imperceptibly fleeting emotions and passions.  Three works using this method are shown here: The Quintet of the Astonished (2000) is inspired by the figures and mood of Hieronymus Bosch’s painting Christ Mocked (The Crowning with Thorns), (1490–1500) ; Observance (2002) is based on The Four Apostles, two wings for an altar painted by Albrecht Dürer in 1526; The Raft (2004), however, has a more everyday reference, depicting a random group of nineteen men and women from different backgrounds suddenly struck by a massive onslaught of water and then their ensuing struggle to give comfort and strength to each other as they recover and begin to rise again to their feet.

If Viola’s work now needed complicated equipment and a large crew to achieve the necessary effects, Fire Woman and Tristan’s Ascension (both 2005) required a specially designed stage in which water and fire could be used as part of an elegant and confounding system of illusions. Both works depict the tragic death of two lovers and are related to a larger cycle of images made to accompany Peter Sellars’s production of Richard Wagner’s Tristan und Isolde first for the Los Angeles Philharmonic (2004) then for the Paris Opera in 2005. Based on a medieval story of a passionate, doomed love affair, these massive, imposing works show “an image seen in the mind’s eye of a dying man” as, against a wall of raging fire, a woman appears to be consumed as she falls into her own reflection. The second work “describes the ascent of the soul in the space after death as it is awakened and drawn up in a backward flowing waterfall.”

The Encounter and Walking on the Edge (both 2012) develop the mirage-like narratives of flat desert landscapes first shown here in Viola’s early videotape Chott el Djerid (A Portrait in Light and Heat, 1979). Intense desert heat bends and changes light as “two women take separate journeys at opposite ends of their lives” while, in the second work, two men, father and son, appear at the far extremes of the frame and as they walk, become closer until they cross, and again grow further apart.

The four works, Earth Martyr, Air Martyr, Fire Martyr, and Water Martyr (all 2014), shown on flat screens in the same room, are an expression of the principle of action and belief. The raging elements become violent protagonists but each person exhibits fortitude, perseverance, endurance and sacrifice as the body is tested to the limit and, as in Fire Woman and Tristan’s Ascension, in death they transcend the veil of darkness and pass into the light.

As an indispensable extension of this exhibition, RMCA has produced, in Chinese and English, a fully illustrated catalogue. Bill Viola’s own words are included in this book, together with interviews with leading art historians John G. Hanhardt and Jörg Zutter and articles, by Jean-Christophe Ammann, former director of the Museum of Modern Art in Frankfurt, and John Walsh, former director of the J. Paul Getty Museum in Los Angeles.

On the afternoon of Sep 23th, 2017, Bill Viola Selected Work 1977-2014 exhibition opening ceremony was held at RMCA Hall 1. The ceremony was simple and formal. 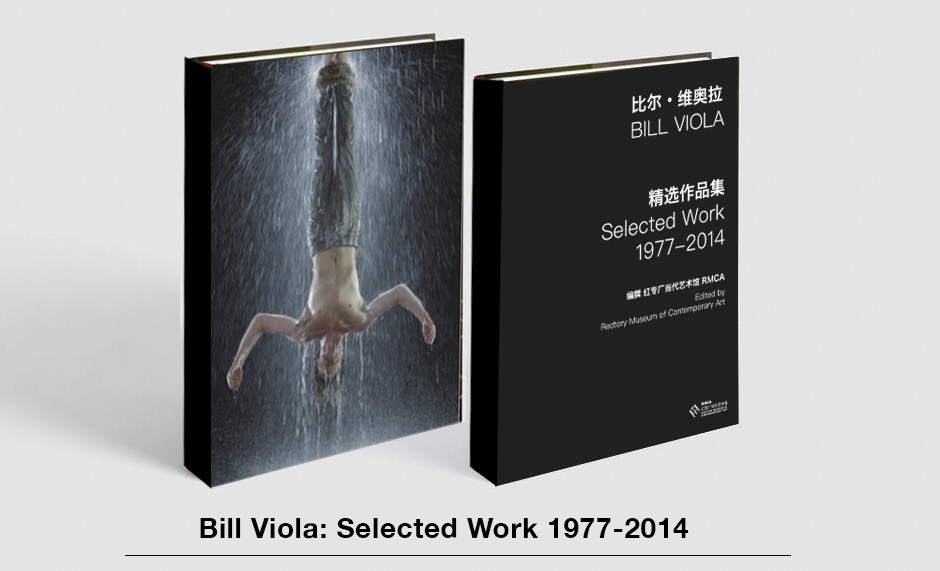 As an indispensable extension of this exhibition, RMCA has produced, in Chinese and English, a fully illustrated catalogue. Bill Viola’s own words are included in this book, together with interviews with leading art historians John G. Hanhardt and Jörg Zutter and articles, by Jean-Christophe Ammann, former director of the Museum of Modern Art in Frankfurt, and John Walsh, former director of the J. Paul Getty Museum in Los Angeles.